Anniversary of the Berlin Wall

Fine Art Ltd in St. Louis Mo. Was the official licensee for the Statue Of Liberty Ellis Island Foundation for the 100th Anniversary of the Statue of Liberty. On the Anniversary of the John Fitzgerald Kennedy’s famous Speech at the Berlin Wall. Fine Art Ltd commissioned Hiro Yamagata to do a painting of the Statue of Liberty to celebrate the Fall of the Berlin Wall and unveiled it in Berlin at Check Point Charley. We invited President Ronald Reagan, Gene Kennedy Smith to represent her brother, Rod Steiger who won an award for Freedom and Cliff Robertson who played Kennedy in the PT 109 the movie. President Reagan could not attend but invited us to come to his office in Century City, Ca. which we did after the event.

Please note the two people doing the unveiling were from both East And West Berlin. 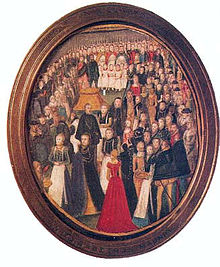